Save 20% and get FREE shippingShop The One 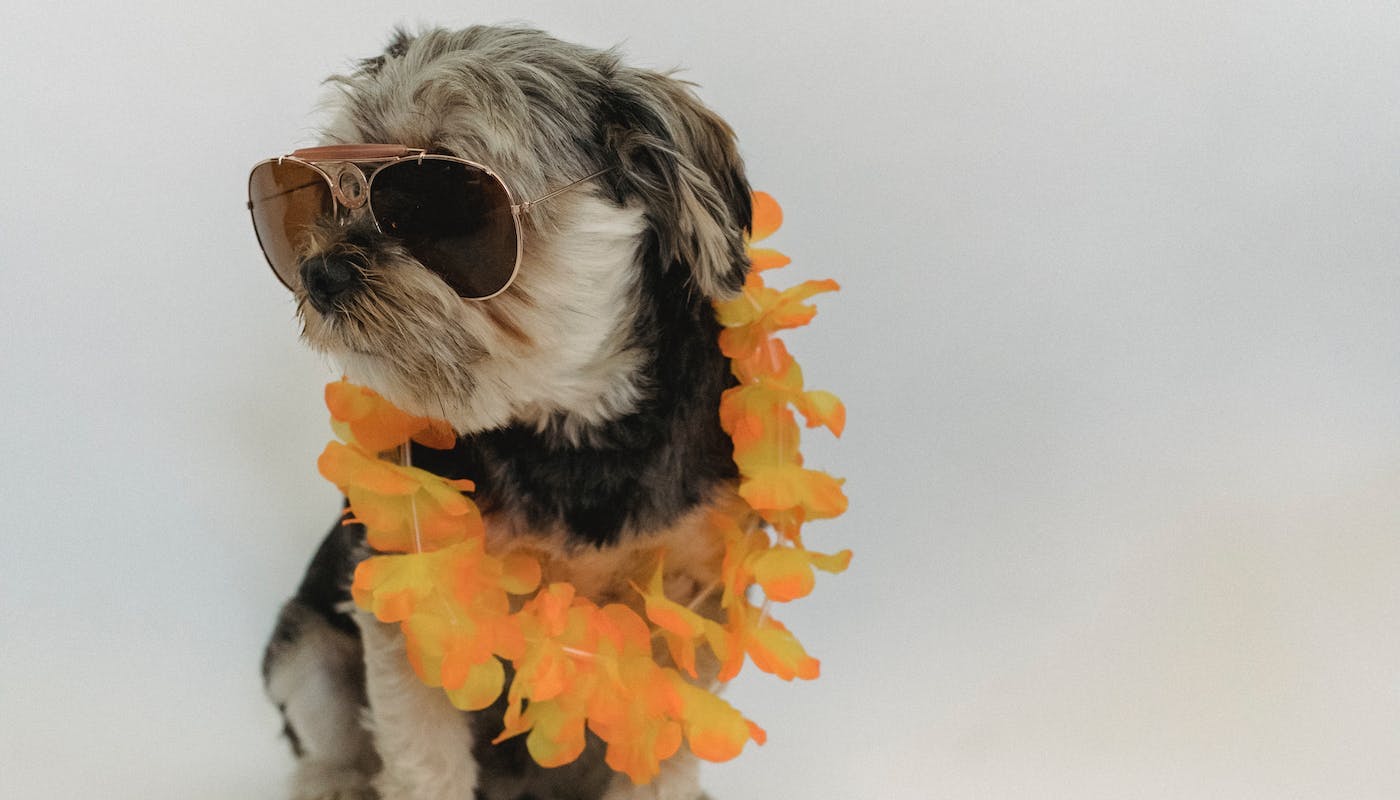 Your new puppy is pretty cool, right? So they deserve the coolest name around! Take a look at our list of cool dog names for inspiration.

The name Billie has a fine pedigree (sorry!) when it comes to musicians. Whether you prefer soulful jazz or dark electropop, there’s a Billie to inspire your choice of name for your pooch.

Bowie is a paw-some name for a bow-wow with attitude. Are puns cool? Maybe not, but David Bowie was the epitome of edgy style throughout his life. If you own a golden retriever with a yellow coat, there’s no cooler name for a dog than this.

There’s little doubt about Miles Davis’ hip credentials: he even released an album called The Birth of The Cool. So set yourself and your furry friend Miles ahead of the crowd with this cool name for dogs.

A vivid history has made this European city a magnet for creatives from all over the world. Calling your pup Berlin is sure to be a talking point with the other artistic dog owners in your local park.

OK, so this is a pretty literal interpretation of coolness. But for a chilled canine who melts your heart, it’s a perfect choice.

Over the past few decades, South Korean culture has swept the USA. Kimchi is a nod to this K-wave that would make a very appetizing and cool name for your dog. A K-name for your canine!

Who could forget the alien butt-kicker from the 90s? We think Ripley is the ultimate cool name for a guard dog today.

Some athletes transcend sport. That’s the case for Michael Jordan, who’s not only the greatest basketball player of all time in our minds, but a cultural icon, too. A slam-dunk of a name for a long-legged pooch who loves bounding after balls.

What is it about Zs and Ks that sound so cool? And why is Ozark such addictive viewing? Ozark would make a cool name for your hound. Ozzie or Zak are unusual nicknames, too.

The TV phenomenon Game of Thrones is crammed full of fantastic characters. Dogs struggle to learn long names, but Khaleesi (meaning Queen) should be snappy enough to grab your pup’s attention.

If you and your pup are party animals, you might enjoy a name with a club vibe! Zante is a stupendously beautiful Greek island that’s known for its summer-long parties and breathtaking sunsets - pretty cool!

Is your pooch a princess with sass? Then pick this fantastic name from the world of action-packed video games. We’re sure your pet will inject some magic into your life.

Source: A double-whammy of cool. If you’re taking on two pups, there are no cooler names in history than Jake and Elwood - The Blues Brothers!

Our southern neighbor, Mexico, boasts a rich culture. Frida Kahlo is one of Mexico’s most iconic artists – could she inspire a cool name for your dog?

Some cool dog names will go out of date, but the universe is never going out of fashion! Cosmo is a stellar name for the pet who stars in your life.

Stylish devil hunter Dante from the Devil May Cry game series is a firm fan favorite. Could he be the style guru for your own hunting hound?

If your pooch was a human, would he wear a leather jacket and shades? If so, he could be The Fonz’s namesake. We wish you lots of Happy Days together!

Guard dogs deserve sophisticated monikers, too. Why not call yours Atlas, after the Titan who held up the sky? As a human baby name, it’s a sharply rising trend, and we think it’s a cool dog name, too.

We just can’t get enough of cool Z names! Zephyr refers to a gentle breeze, so if you’ve got a four-legged friend who’s breathing some fresh air into your life, this could be a smart choice.

Surfers are essentially lurchers in human form: active and alert when catching waves, then super laid-back for the rest of the day. Waikiki is a beautiful Hawaiian surfing spot, and a cool dog name.

Feeling flat? Lacking get-up-and-go? Perhaps you need a furry friend to give you a boost. With your Mojo in your life, the sky’s the limit.

This name has either Native American or Japanese roots, and is a simple yet undeniably cool choice for your four-legged pal.

Venus is not just the name of a goddess: it’s also a planet, a tennis star, and a sophisticated choice for your cool canine.

Yuzu, a citrus from Japan, Korea and China, is predicted to be popping up on menus across America in 2022, adding zest to soups, sauces and even cocktails. A zingy name for your shih tzu perhaps?

It’s a music genre, the color of the sky and the sea, the title of a Joni Mitchell album, and the name of Jay Z and Beyonce’s eldest child. Blue is hands-down the coolest color in the rainbow, and any pooch bearing this name will be the coolest at the dog park.

There’s an infinite number of cool dog names out there, so we hope you find the perfect one for your pup. Have fun choosing!